Drylok vs Flex Seal – Which One Is Better?

Every homeowner knows how much of a problem a leaky and moist basement can be.

As they’re located underground, basements are always the first to get hit by water from poor drainage or heavy rainfalls.

Once the water penetrates the house, it can pose a serious health hazard as well as put the structural stability in danger.

So, dealing with moisture should be one of the top priorities for every homeowner.

The home improvement market is flooded with various waterproofing solutions, so it can often be rather difficult to choose the right one.

Two of the brands you’ll probably hear a lot about when doing your research are Drylok and Flex Seal.

Each of these waterproofing sealants can provide solid protection and work to keep your basement dry.

Below, I’ll compare Drylok vs Flex Seal to find out how they differ and which one might be better for you.

One of the most powerful waterproofers on the market, Drylok is also among the best-selling ones.

Its affordable price, simple application, and efficient sealing performance make it the water sealant of choice for many homeowners as well as contractors.

Drylok is mainly used to stop water leaks in basements, preventing water from seeping through interior walls and foundations.

Unlike regular paint which only covers the surface of the wall,

Drylok penetrates the tiny pores and creates an impenetrable coating that keeps water from leaking to the surface.

It works on all kinds of surfaces. You can use Drylok to seal poured concrete, concrete blocks, brick, stucco, or cinder blocks.

Depending on the job at hand, you can choose from several sealants offered in Drylok’s waterproofing line of products, both oil and latex-based.

In addition, you can choose between six colors and four different tints. 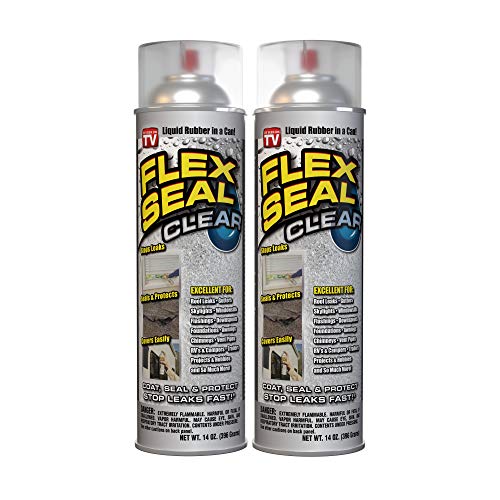 Flex Seal is a liquid rubber sealant coating, mainly used for various DIY projects. Its main purpose is to seal cracks or holes that allow unwanted water to enter.

Flex Seal is rather versatile and can work on a number of different surfaces, including concrete, tiles, metal, drywall, aluminum, glass, rubber, and numerous others.

Flex Seal successfully seals leakages caused by cracks on roofs, gutters, and walls. It creates an impenetrable rubbery barrier to keep the water out.

While the most popular Flex Seal products come in form of spray or paste, for basement moisture issues, it’s best to use Flex Seal Liquid .

It’s a liquid waterproofing sealant that can be painted on the walls.

As it’s much thicker than the paint, Flex Seal will successfully prevent moisture from penetrating the surface.

It’s easily applied using regular painting equipment, such as a brush or roller.

Even though they serve the same primary purpose, to seal the surfaces and keep the moisture out,

Drylok and Flex Seal have rather different ways of achieving this.

While bot sealants penetrate the pores and seal the walls, the Drylok finish feels more like paint, although it has a sandy texture.

This also makes it easier to remove, if needed.

The Flex Seal Liquid provides a stronger, rubberized coating, that is thicker than the Drylok finish, and therefore, harder to scrub off the wall.

Another difference is the coloring. Drylok provides more options with 6 colors and 4 additional tints, while Flex Seal is only available in black, white, clear, and gray.

However, Flex Seal offers more versatility when it comes to application.

Besides simply painting over the walls, you can pour it directly on the surface and allow gravity to do its work and fill out holes and cracks.

Which is Better – Drylok or Flex Seal?

Depending on the type of project you have planned, you may find Drylok or Flex Seal to be more useful for that specific purpose.

Drylok is better for larger projects, for example, when you need to waterproof the entire basement.

It is easier to apply on large surfaces and more cost-effective for these jobs.

On the other hand. Flex Seal is better when you have identified the source of leakage and just need to seal those particular holes or cracks.

A significant downside of Drylok, compared to Flex Seal, is that it doesn’t contract or expand.

This may lead to forming water bubbles behind the coating which apply the pressure to the surface and cause the finishing layer to crack.

Flex Seal, due to its rubbery structure, is more flexible and expandable. This means that it will handle the water pressure coming from inside the walls much better.

Can You Paint Drylok Over Flex Seal?

Drylok requires a solid and clean surface to be painted on, so it’s best used on bare walls.

In addition, Flex Seal Liquid, even when fully cured, should only be painted over with another layer of the same products, to create an additional coating.

If you want to pain Drylok on the surface that was previously coated with Flex Seal Liquid, it’s best to first thoroughly clean that surface and remove the original coating.

Can You Paint Flex Seal Over Drylok?

Just like, Drylok, Flex Seal should only be used on clean and bare walls.

Applying any other substance over it, including Drylok, may compromise its specific chemical formula and interfere with its performance.

Plus, they’re the most vulnerable part of your house when it comes to outside moisture seeping in.

All this creates perfect conditions for mold and mildew development, as well as other serious issues caused by moisture.

So, you should make it your priority to waterproof it the best you can. Both Drylok and Flex Seal can be very helpful in achieving this.

Flex Seal will help you seal any crack that may be the main source of the basement moisture, while Drylok is great for coating the whole room with a waterproof barrier.

Still, be aware that these are mostly band-aid solutions.

To fully waterproof your basement, you will have to seal the exterior of the house, as this is the only thing that will guarantee a healthy living environment for you and your family.

6 Advantages And 5 Disadvantages Of Skim Coat

Polymarble vs Vitreous China – Which One Is Better?

Vitreous China vs Porcelain – Which One is Better?